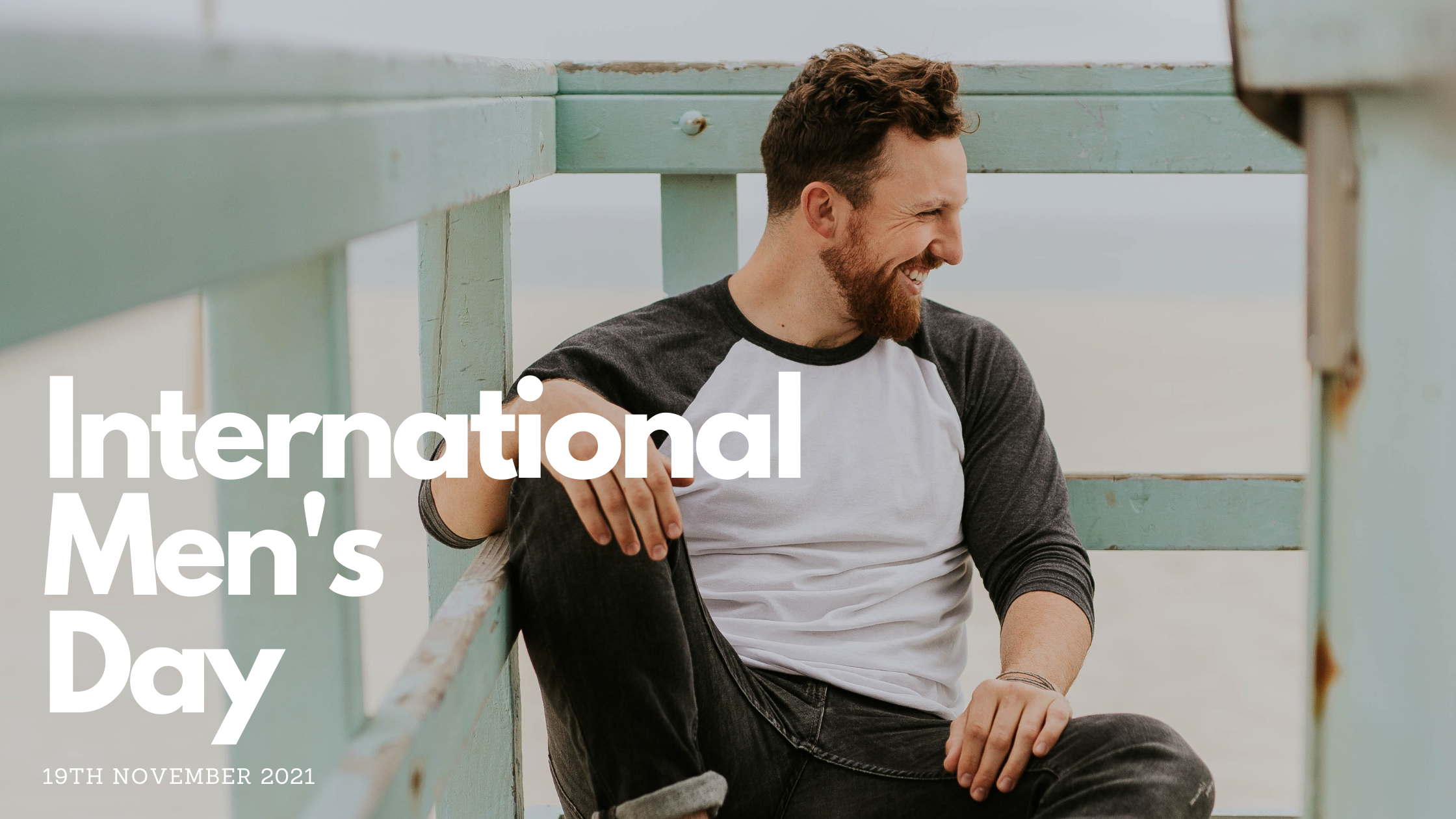 Each November, since 1999, countries around the globe unify to celebrate positive male role models, and highlight awareness to issues that men may face on a daily basis. International Men’s Day is something that has been highly misunderstood through the years, often deemed to be a day founded in competition with International Women’s Day.

It’s vital to note that the importance of International Men’s Day is to bring to light the male struggle with mental health. As well as promoting positive expressions of masculinity, improving gender relations, and celebrating male role models and their contributions to our community. It’s also a day to recognise those who don’t fall under the typical masculine stereotype, such as members of the LGBTQ+ community.

The Male Struggle with Mental Health

Let’s talk about mental health. Across the board, research shows that men are much less likely to seek support and advice for their mental health than women. Even though there are a plethora of support options available, men, both young and old, just don’t seem to want to talk.

Here are some vital recent stats:

There are a number of factors that result in men not seeking out the mental health support they need. The most prevalent components are the expectations, stereotypes and gender roles that weigh on the shoulders of the male population, causing reluctance to open up about any worrying feelings and thoughts.

Through the years, men have been portrayed as the ‘stronger’ gender in society. Men are pushed through societal norms to be dominant and in control, to be breadwinners, to play sports and divulge in fitness, to partake in outdoor activities such as fishing, hiking and camping, and to adopt a presence of ‘lad banter’ and ‘boys will be boys’.

Unfortunately, these expectations to be ‘strong’ and ‘masculine’ have created a sense of ‘weakness’ for those who do not participate. Those who wish to open up about their mental health experiences are afraid of being ridiculed. This collection of negative masculine expressions has created the downfall of male mental health.

As a result of this, men are three times more likely to turn to harmful coping methods such as drugs and alcohol, rather than reaching out for help. Men are less likely than women to talk to those close to them about their thoughts and feelings, and quite often they struggle to recognise their own signs and symptoms of poor mental health. International Men’s Day strives to break this cycle.

How Can We Break the Stigma?

In line with International Men’s Day, it’s vital we find the root cause, and work towards improvements. Breaking a chain of deep rooted social norms isn’t going to happen overnight. However, there are things you can do which can help to shake negative expressions of masculinity when it comes to speaking about mental health.

So, how can you support the men in your life with their mental health struggles?

Learn to Spot the Signs

Mental health comes in all shapes and sizes, and is not a ‘one-size fits all’ package. While some can become withdrawn and appear sad, others can display their negative thoughts and feelings as outbursts of anger and actions of aggression.

Some overlooked signs of depression or poor mental health in men are:

Anger as a sign of poor mental health is more commonly seen in men compared to women. Some signs of poor mental health manifesting as anger are: irritability or a short temper, sensitivity to criticism, violence towards oneself or others. In some cases, men can become abusive or controlling with their partner or those close to them.

Depression or other mental health issues can often display themselves physically. Some physical signs of poor mental health are: muscular or joint aches and pains, persistent headaches, sexual dysfunction, periods of digestive distress such as IBS, and sleep problems such as trouble sleeping or oversleeping.

Men are three times more likely to exhibit reckless behaviour when struggling with poor mental health. Examples of risky behavior that could be displayed are: an increase in/or frequent alcohol consumption, the use of drugs, frequent gambling, or reckless driving or extreme/dangerous sports.

Be Open to Communication

Men and women tend to communicate in different ways. A high percentage of men prefer to keep to themselves, whereas women feel more comfortable asking for advice.

It’s important to keep yourself open to communication and connection, without being pushy or asking outright about touchy subjects. Let them know you’re there for them if they need to talk, rather than pushing for answers.

If you’re sensing signs or symptoms of poor mental health in a male friend, colleague or family member, and you feel comfortable doing so, you could try opening up about your own worries. This could relate to them, and offer a prompt for them to reciprocate.

Remember to check in with those around you regularly, and show you care about their wellbeing.

Sometimes people don’t want the opinions of others, they’re just looking for someone who’ll listen.

If someone is opening up to you about their worries, it’s vital that you listen to everything they have to say, without interruption. It’s difficult to understand exactly what is going on in someone else’s mind, so it’s important to approach the topic with care.

Only offer advice if it’s clearly asked for, and try to stay away from talking about your own problems unless you can offer useful information from your own personal experiences.

If you feel that someone could benefit from the use of mental health resources, you can opt to share some charities, organisations and mental health groups.

When sharing this information, approach the subject with care. Instead of telling them they need therapy, which could result in a defensive reaction, ask if they have heard of talking therapies and suggest that it could be a good option for them.

If they are interested, you can share the names and contact details of multiple resources, giving them the freedom to research and choose the most suitable route for them.

We’ve listed some extremely important phone lines below for those struggling, or those who know someone who may be. Share these numbers with your colleagues and loved ones to remind them that if they’re feeling down, or are worried about an issue, there is always somewhere to turn for help: